This is not happening

'I cannot blame a Satan, a Lucifer, a Mephistopheles, for the evils I have committed, the consequences of which have infected other people’s lives. I know, as certainly as I know anything, that the roots are in myself, buried deeper than I care to delve, in caverns so dark that I fear to explore them.'

Morris West (1996): A view from the Ridge –the Testimony of a Pilgrim. 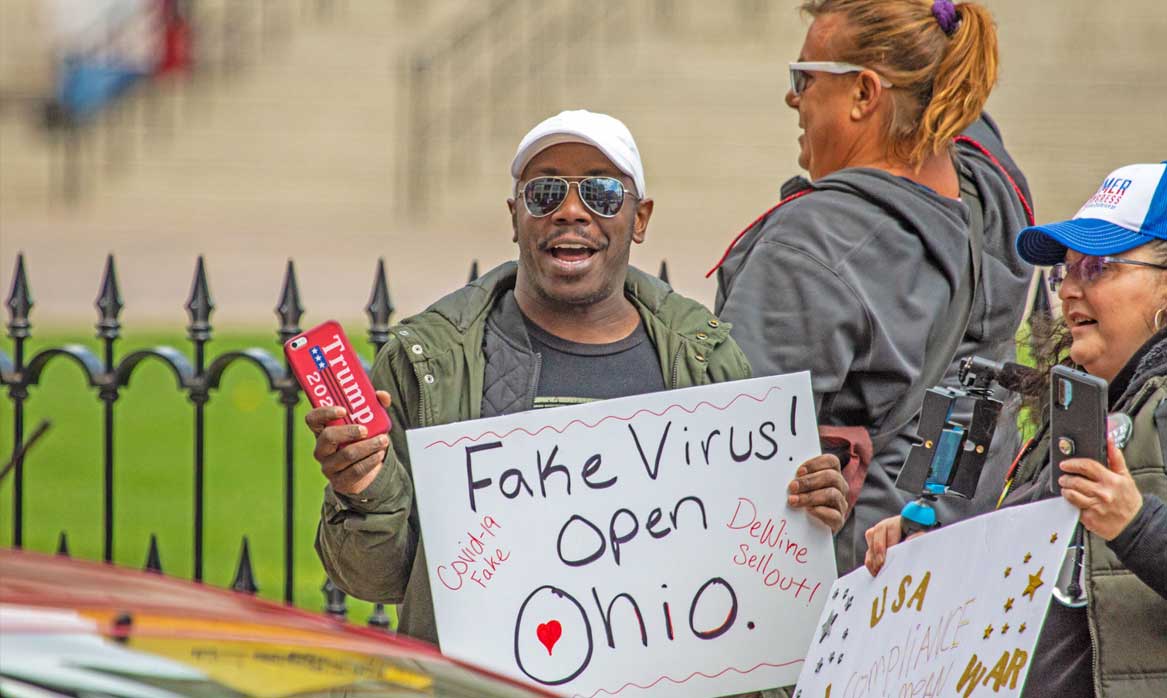 "T his is not really happening, not to me” is the first stage (denial) in the well-known Elisabeth Kübler-Ross model of reckoning with terminal disease, made popular by her 1969 best-seller On Death and Dying. Followed by stages of anger, depression, bargaining and acceptance, she developed her Grief Cycle in the context of dealing with the terminally ill and was reluctant to extrapolating it to other scenarios. Despite this and the lack of empirical support for her model plus the notoriety and disrepute she reached later in her career due to fraudulent practices of “spiritism” –carried in the dark where fake visitor from the afterworld were enacted by hired impersonators, her model has reached wide influence in popular culture. One brilliant, however ironic use is made by Bob Fosse semi-biographical musical farce All That Jazz (Cannes Palm d’Or, 1980).

The farcical tone of Bob Fosse’s masterpiece serves handily to refer to the phenomenon of denialism that has emerged around the CoViD-19 pandemic and its relation with the more significant and potentially catastrophic denial of the climate crisis. While denialism is a relatively compact phenomenon, its expressions around the pandemic and the Anthropocene prove to be particularly complex and multipronged. In behavioral psychology, an individual is said to be in denial when he/she chooses to deny reality. Michael Specter identifies the occurrence of group denialism “when an entire segment of society, often struggling with the trauma of change, turns away from reality in favor of a more comfortable lie" (Denialism: How Irrational Thinking Harms the Planet and Threatens Our Lives. Penguin, 2009, p. ii). Collectively finding comfort in a lie.

Each country has had its doses of heroism, terror stories, scapegoats, and extraordinary events as they navigate their unique mixture of pandemic circumstances. Social networks are filled with examples of individual denial within the general public. Particularly visible have been some politicians, even presidents and prime ministers, who have publicly and consistently chosen to deny the reality, acquiring international notoriety. But at the level of social denialism probably no other country has seen anything comparable to what has happened in the United States. I am not referring to their president, who seems to find comfort not in occasionally choosing to deny a specific reality, but in compulsively lying just about everything, including his own lies. The ultimate version of the classical Liar Paradox, but still a case of individual in denial.

Xenofobia, American exceptionalism, pro-gun policies, conspiracy theories, anti-science and (Ayn Rand-style) libertarianism at large, gained as much prominence amongst these demonstrators as the original concern with the economic costs of the lockdown.


I am referring to the movement of “social-distancing deniers” know as Lockdown Protests or Lockdown Rebellion that spanned over a dozen states through mid-April. Apparently, the core drive was the rejection of stay-at-home rules. However, this kind of expression also happened in other countries in different degrees and different forms. What was peculiar about the lockdown opposition in the US was how it exposed the most reactionary causes deeply entrenched in a part of the electorate. Xenofobia, American exceptionalism, pro-gun policies, conspiracy theories, anti-science and (Ayn Rand-style) libertarianism at large, gained as much prominence amongst these demonstrators as the original concern with the economic costs of the lockdown.

Despite the relative insignificance these demonstrations, the far right media blown them up of proportion. Most were run by just a handful of protesters save Michigan and Washington where they gathered a few (below 4) thousand participants, still irrelevant for anything like as a national movement. Polls consistently indicate that a clear majority of US citizens support lockdown measures. Yet, the media resonance was such that it became evident this was not a spontaneous people’s expression of dissatisfaction with sanitary restrictions. A number of reports from The Associated Press, The New York Times, CNN, The Washington Post, The BBC, The Guardian and Politico coincide in signaling the extent to which ultra-conservative organizations such as FreedomWorks, The Manhattan Institute, Convention of States, Infowars, Tea Party Patriots, The Heartland Institute and the American Legislative Exchange Council a number of prominent climate deniers (about 70 of them listed in the DeSmog blog, tracking false information regarding the Climate Crisis). Most of these have visible connections to the Fossil-Fuel industry, fascist organizations and the White House. What comes out of those analysis is the electoral political agenda behind this obscurely machinated movement.

From the different issues explored throughout these notes on the possible connections between the CoViD-19 Pandemics and the Anthropocene, this is probably the most transcendental. The human response to the Anthropocene, including denialism and above all, the deliberate attempt to obscure judgment in favor of a project that seems to bet on class survival exceptionalism: the doctrine that the children of the one percent are those to inherit the Earth once the rigors of the Climate Crisis exterminate the vast majority of Mankind. Holding the highest historical concentration of wealth, they see themselves as stocking the edge technology, key resources, fortifications and sheer force to make it through the deadly chaos that might soon be upon us.

Denialism is not about the science behind Coronavirus or Global Warming. There are numerous attempts to explain the lack of coordinated global response to stop human-induced alterations to the biosphere, despite scientific evidence being overwhelming. Behavioral economics looks at the lag between an action and its future consequence as an explanation, through mechanisms such as present bias, hyperbolic discounting, and time inconsistency. Cognitive Psychology studies processes interfering with rational choice such as biases, heuristics and motivational factors. Philosophers such as Timothy Morton, Slavo Zizek, Dona Haraway, Bruno Latour and Jean-Pierre Dupuy amongst others, offer compelling perspectives on the ideological, cultural and axiological background that is apparently leading us to self-extermination. Contributing to understand the human response to Anthropocene as part of reframing Knowledge for the Anthropocene has become a strategic imperative for the World Capital Institute.

Denialism of the CoViD-19 Pandemic, its growing death toll and the suffering it is bringing to many people’s lives is telling us more about Climate Crisis denialism than just about poor scientific education. It is urging us to look into the power structure that is served by ignorance and denial. Peter Sloterdijk in Critique of Cynical Reason (1988) helps understand today’s circumstance: "They know what they are doing, but they do it because, in the short run, the force of circumstances and the instinct of self-preservation are speaking the same language; and they are telling them that it has to be so."

Finally, Jean-Pierre Dupuy challenges us to focus on the ultimate consequences:
“…our knowledge of these threats, some of which are of the greatest seriousness, moves no one to action –and this because we do not believe what we know to be true, because we cannot bring ourselves to face up to the implications of what we know”. A Short History on the Metaphysics of Tsunamis, (2005) p. 10.