Scientists are saying the future’s going to be far more futuristic than they originally predicted ‘Krysta Now’ in Richard Kelly (2007) Southland Tales. 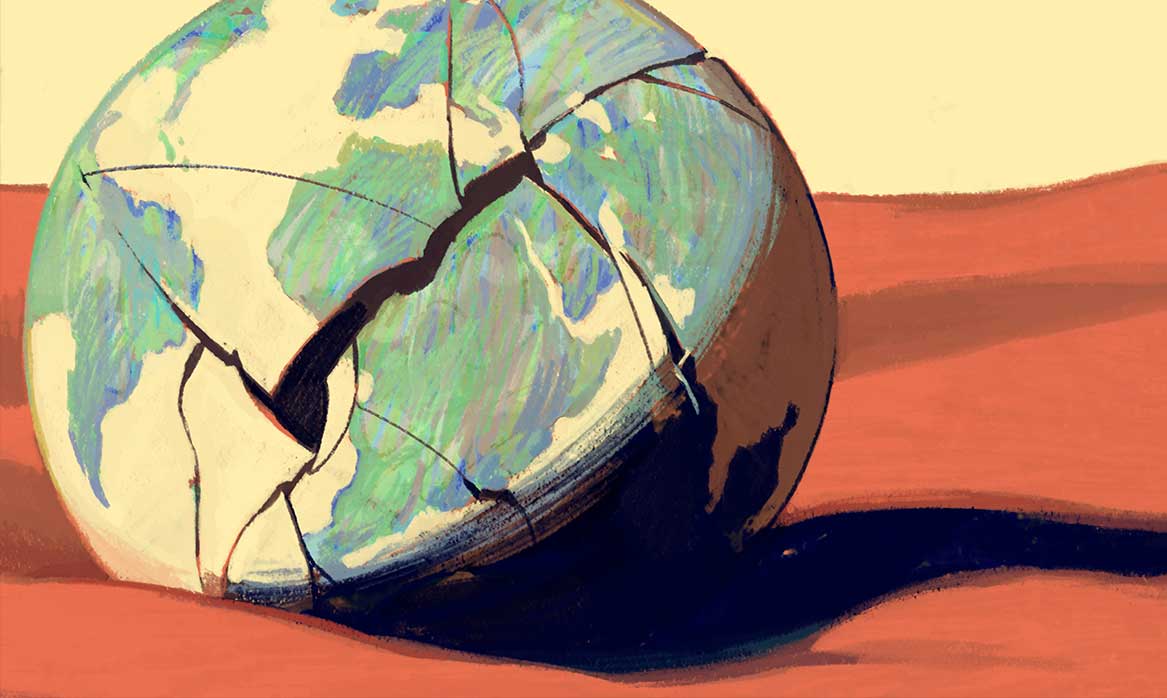 A s the Covid-19 pandemic continues to disrupt the life of citizens around the world, we experience unprecedented months of lockdown. We witness with impotence and resignation the sudden death of so many people, the cluttering of the health system, the shattering of the economy and the vagaries of most of the leaders. We do so while we also experience the discomforts of seclusion, the restriction to so many things so far taken for granted: the special public places of our leisure time, the social activities that sparkled our days, the sheer joy of walking freely through the open streets and squares. We long for the day when this nightmare finishes and we wake up to our normal lives. Who would say we once couldn’t wait to return to school or work? We might expect that to happen later rather than sooner, but we bridle ourselves with anticipation for the moment we click the resume button to our reality shows. To go meet friends, to hang out with other kids, to attend that cancelled rock concert, to cheer again our favorite soccer team at the stadium, to revisit the preferred pubs, to carry out at last the postponed wedding and invite everyone, to shake off stress at the disco. Professionally, we are calculating the best time to reschedule all those performance arts events, industry exhibitions, commercial shows, scientific conferences, political rallies, sports events, local fairs, etc. that we were forced to cancel. We all see ourselves back at the shopping malls, theaters, stadiums, social events halls, churches, conference centers, city halls, markets and squares that have been the scenarios for our public lives.

Whatever length we concede to the lockdown we crave for the day things get back to normal, however much we concede to some permanent impact upon core practices such as schooling, in-site work, entertainment, and large gatherings for social, traditional, religious, political, sporting and other purposes, that we accept might have to adapt to some sanitary restrictions for quite some time. Otherwise, we largely expect to come back to basically the same life we have always lived. We expect things eventually coming back to normal. At most we expect some kind of new normal, with mid-term impacts on jobs, the economy, and large gatherings. However much we are prepared to concede to the new normal (like in most business and financial analyses and forecasts), we expect that new normal to happen: that our day lives normalize again.

Normality will not be normal. The new normal is abnormality. Permanent change. Not just the familiar state of impermanence change, but a continuously disruptive one: deep, pervasive change.


Here is the reality check: that normalization may not happen in our lifetime, it might never happen again. It is not just the impossibility of coming back to the same daily, weekly, yearly and lifelong patterns, the same predictable events determining our lives from cradle to grave (those franchised lives I have referred to elsewhere). Hence not only our sense of normal life will not come back. Normality itself (our experience of normality as familiar and predictable days) will have to be redefined. Rephrasing the clever expression first credited to French poet Paul Valéry “The Future is not anymore what it used to be”, we might acknowledge not just that normality is not coming back, but that whatever happens, that experience is bound to disappear altogether. Hence, not only normality will not be anymore what it used to be. Normality will not be normal. The new normal is abnormality. Permanent change. Not just the familiar state of impermanence change, but a continuously disruptive one: deep, pervasive change.

Back in the early 1990s, as I headed an academic committee on scientific competencies for graduate students, I managed to convince the committee on the convenience to enrich a traditional curriculum based on methodological and statistical skills with a basic awareness of the philosophical, political, social and environmental contexts of scientific work. I recall choosing the text by Norman Myers The Gaia Atlas of Future Worlds –Challenge and Opportunity in an Age of Change (Doubleday, 1990) to illustrate the later point, creating consciousness about environmental issues and sparking debate on the scientific merits of Lovelock and Margulis’ Gaia hypothesis. There, Myers warned:

If there have been so many evolutionary jumps in the last 40 years, what will the next 40 bring? A similar series of jumps, only more numerous, intense, and concentrated than before? Likely so. But what will they be? Here our crystal ball fail us, even our imaginations. Surely the most creative speculator will fall far short of what must lie ahead… This warns us not to limit our ideas of what is “realistically” possible. Perhaps the biggest blockage to the future lies not with limitations “out there” but with limitations inside our heads. If we give free rein to our notions of what is possible, we could move through an entire gearbox of vision, creativity and commitment.

Next, Myers explores different forms of change. That’s right: even change does change. Not just in intensity, rhythm and direction but also in quality. “Evolutionary change, for instance steady gradual change, has generally being the norm throughout the past, together with some cyclical retrogressive and occasional ‘flip’ changes. The latter, being less stable forms of change, will become all too familiar to us in a world in turmoil –plus accelerating change, revolutionary change, and catastrophic or ‘crash’ change. Evolutionary change will become the exception”, writes Myers.

These forms of change bear particular relevance to our current state of bafflement, for they break down systems –particularly our precarious, dysfunctional systems, in a more blistering, ghastly and stunning fashion. We might explore in one of these notes the core dimensions of planetary change associated to the Anthropocene. But what I want to stress now is the unprecedented scale of changes we are beginning to witness under the current state shift in the Biosphere. To what extent a connection can exist between Anthropocene change and the Covid-19 pandemic is yet another topic to deal with. What is relevant at this point is to acknowledge first, that there is no coming back to the prevailing state of affairs in the pre-coronavirus world and second, that the disruptions we are experiencing at multiple levels are only a mild premonition of the scale of changes the Anthropocene is unleashing.

We could capitalize the Covid-19 Pandemic as a wake-up call for the far more disturbing, irreversible and existentially threatening changes we know the Anthropocene holds. Those changes induced by human activity could only be prevented by human interventions of the same scale. And I am not referring to geo-engineering and other interventions driven by the same logic that generated these existential threats in the first place. I am referring to the deep and rapid cultural transformations that are required to redefine our terms of relationship with Earth. Transformations in our understanding and practice of the economy and social systems. Transformations in our ethos with regard to everything other than human. Transformations within ourselves.

Increasingly foreseeable changes in the carrying capacity of Earth to sustain human civilization are becoming evident by the day. The pandemic looks like a drill of the lapidary nature of those changes since such changes may result in the ultimate change of them all from the human standpoint: the annihilation of human civilization. To prevent it, an even more fundamental transformation needs to occur: the normal lives we lived before Covid-19 must change. And for that we must change. Now.